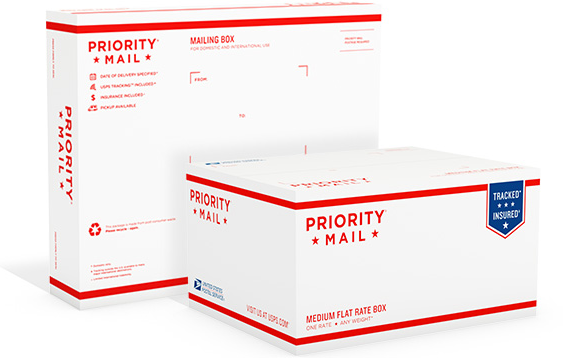 The E-commerce Revolution is reverberating throughout the U.S. Postal Service, but not in the destructive manner of other digital disruptions like email, online news, and electronic bill payment.

Largely, if not solely, because of online merchants, the agency’s “Shipping and Package” revenue is growing at a 10%-plus annual rate – no doubt a surprise to the digerati who for years have been predicting that the USPS would wither away into obsolescence.

One expert estimates Amazon now turns to the USPS to ship 40% of its U.S. sales, and that doesn’t even include packages that are handled by FedEx and UPS and then turned over to the Postal Service for final delivery.

The rapid growth and favorable prospects for such products as Priority Mail and Parcel Select are bringing about extensive changes to the agency’s operations, plans, and even how it thinks about itself.

Here are some of the ways the E-Commerce Revolution has already changed the U.S. Postal Service:

1) Endangered no more: “Postal worker” still appears near the top of nearly everyone’s list of occupations most likely to go the way of buggy-whip makers, but the lists are out of date. In response to declining mail volumes, the Postal Service endured year after year of downsizing, including 155,000 workers from 2007 to 2012. But the surge in e-commerce deliveries has derailed plans for further cuts, keeping employment levels steady the past three years.

2) Newbies: During the downsizing years, new hires were a rarity, but these days a retiring worker usually has to be replaced, typically by a non-career worker. The USPS’s hiring rate has tripled and its work hours devoted to training have doubled in the past four years. The agency has struggled to recruit new workers and bring them up to speed, acknowledging that the newbies are leading to more mis-delivered mail and on-the-job injuries.

3) Parcel-only routes: I haven’t seen any official statistics on the subject, but anecdotes indicate the USPS is delivering more parcels-only routes rather than the usual approach of having the same letter carrier deliver parcels, letters, and flat mail to the same addresses. One reason is that the agency’s aging fleet of LLV delivery vehicles is not designed for today’s heavy mix of parcels.

4) Renting vehicles: Another sign that the postal delivery fleet is overloaded: The Postal Service is in the process of lining up minivans and cargo vans that are “up to 2 tons capacity for delivery of packages and to fill in for vehicles out of service.” Exact numbers apparently have not been determined, but “during the holiday season one can anticipate that a single location may have a demand level of 50 to 100 vehicles.”

5) Mailboxes: The USPS recently revised its standards for new residential mailboxes, shifting to a larger size that can accommodate more packages. It’s also trying out new designs for cluster boxes that can handle package deliveries, including ones that are wifi enabled. (In the near future, maybe your mailbox will send you a text saying “You’ve got mail – and a package too!”) 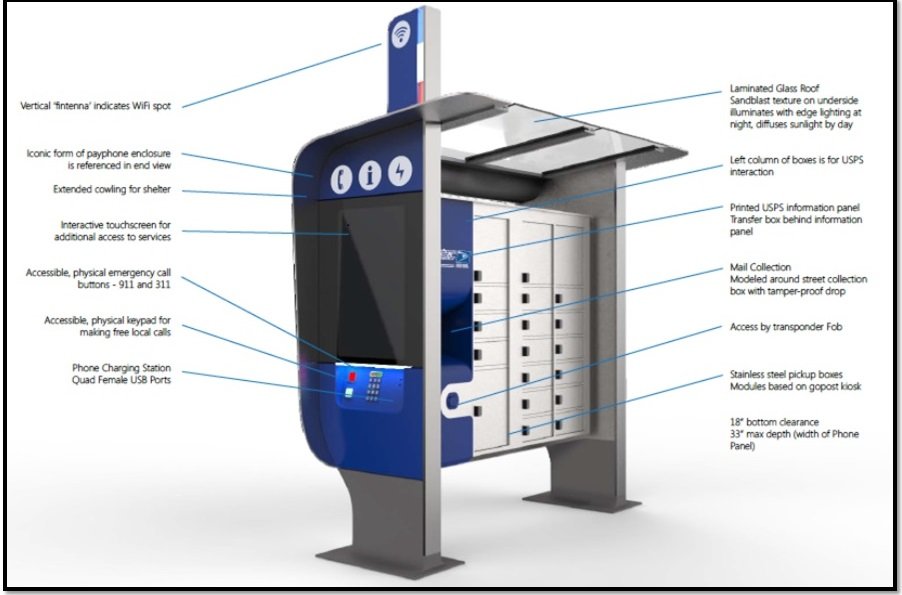 6) Financial strength: The headlines still say the Postal Service is losing money. But take away the Congressional accounting gimmicks and the agency has gone from the verge of insolvency to better-than-breakeven status in recent quarters, with growth in the Parcel Select and Priority Mail products playing a major role.

7) New delivery vehicles: With its stronger cash flow, the Postal Service has been able to accelerate the much-needed replacement of its aging delivery fleet. The new vehicles will have more space devoted to the growing flood of packages from Amazon, eBay, and other online sellers.

8) Non-mail: In the past year or so, letter carriers have been delivering an increasing variety of items that bypassed the usual postal network – such as groceries, cut flowers, fresh seafood, and bottled water. The volumes are generally small and limited to a few test markets, but the trend is toward letter carriers delivering more items that don’t have a stamp, meter mark, or postage label. 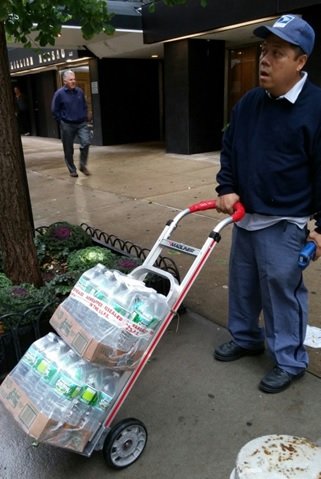 9) Less focus on letters and flat mail: Mailers grumble that postal executives talk and think about nothing but packages these days, even though letters and other boring-ass traditional mail still bring in three-fourths of the USPS’s revenue. They say it’s no coincidence that First-Class Mail delivery has suffered – or that the most recent USPS annual report shows 14 photos of packages and only one that (barely) shows letters.

10) Sunday: Just five years ago, postal officials were clamoring to shut down all weekend deliveries, though they eventually amended the proposal so that Saturday delivery of parcels would continue. But now Postal Service LLVs are a common site on Sunday in scores of cities, as 7-days-a-week delivery for Amazon has swept across the country since a market test early last year. And postal officials are talking about providing Sunday service for other merchants as well.